With the aim of meticulously peeling the layers of Sefrou’s multiculturalism from a close-up angle, we have conducted a Facebook survey in the hopes of grasping a personal -albeit fleeting- look at Sefrou and its people; specifically, what distinguishes Sefrou and what characterizes its people.

Due to the initial lack of engagements and the choice to establish a relatable connection between us and our target audience, we narrowed our questions to two primary yet simple inquiries, which are:

To reach as many Sefroui people as possible and, ultimately, receive manifold opinions that would paint various pictures of Sefrou and the lives of its people during specific days (chosen for both religious and cultural purposes), the questions were translated into both French and Moroccan Arabic (Darija). After all, we have sought to connect with the people of Sefrou and take a peek into their thoughts, essentially their perception of themselves as ‘Sefroui’ and of Sefrou as a buzzing cultural site. It is worth noting that the absence of an Amazigh translation did perhaps narrow our chances of hearing more voices; however, the ultimate result was 18 answers through which we caught a glimpse of the Sefroui essence. 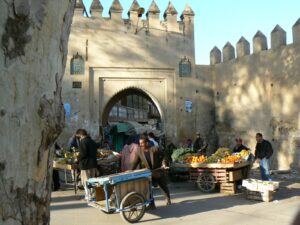 From the first answer, Sefrou’s buzzing economic and cultural activities of merchants are highlighted. We get the sense that local production and trade are substantial and undeniable parts of Sefrou. In fact, while the responder laments the lack of spaces for leisure and divertissement in this colorful city, they also gush about its calm and ambiance, declaring it a serene city regardless of its pervading disorder (mainly caused by the street vendors) and security issues. 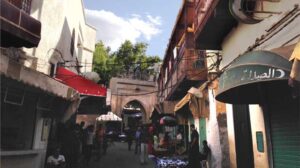 While on the topic of Sefrou’s commercial or economic aspect, another person distinguishes between Thursday and Friday by dubbing the former the weekly ‘Market Day’; similar answers proceed to explain that, on this day, not only do the Amazigh enter L’Mdina Lkdima (The Old City) but so do others who come from the regions and rural areas surrounding Sefrou. What occurs then is the mingling of different peoples; that is, interactions solidifying the concept of ‘Multiculturalism’ and cementing bonds between members of different communities. In other words, Sefrou on a Thursday overflows with people, cultures, languages, and accents, seeking ‘great & suitable deals to last them a week’ on a Market day. Furthermore, it is worth mentioning that a Thursday has a specific smell, sound, and taste in Sefrou; it certainly smells like fresh produce, ranging from fruits and vegetables to meat and eggs. Lastly, an answer offers a humorous warning about visiting the Market on sunny or rainy days as one would ultimately be acquainted with dust and mud. 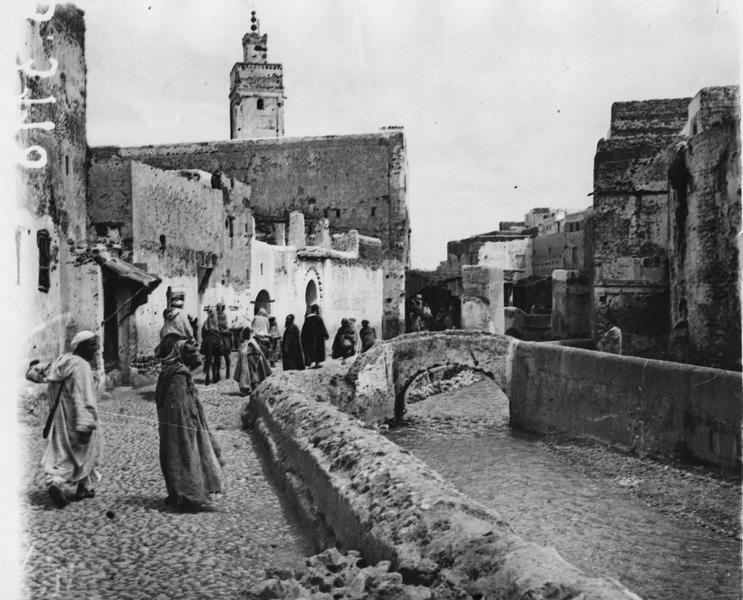 On the other hand, Friday is considered a day of worship, relaxation, and kinship as half the businesses are closed, outings are planned, and families visit. One answer vividly paints its significance for Muslims and the results of their preparation for the prayer; the men wear their Djellabas (traditional clothing) and douse themselves in perfume with the pleasant and clean scent wafting through the streets and mosques that are full of devotees. Overall, we distinctly relive a Thursday and Friday in Sefrou through the answers we have received.

The second question of our survey conveys our interest in identifying a ‘Sefroui’ person. The myriad of answers registered, however, elucidate a single fact; there is no single answer or common way to pin down the ‘Sefroui’ identity. Each person identifies as Sefroui differently, and ‘who they are, and their ‘sense of belonging’ vary between their thoughts and experiences. 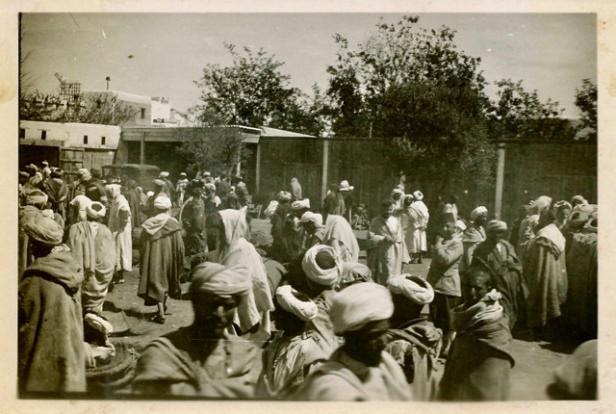 From someone who is kind, respectful towards both the young and old, proud of Sefrou, and adores the city with its colorful heritage, a Sefroui person becomes someone who lived there with the Jews or even before the Jews came to Sefrou. It is seemingly someone who grew up with Sefrou, witnessed its history unfold before their very eyes, and lived to tell the tale. Another describes a Sefroui person, in rather specific details, as the following:

Another answer shares the sentiment and adds more criteria by specifying that they had to be born in Sefrou, enjoyed the bounties of sefrou, went to the Hamam (Public Bath) and visited the aforementioned Market, prayed in the Big Moque, and that most importantly, they were someone who embraced Sefrou’s Culture. On these grounds, the last answer emphasizes the deep-rooted ties with one’s culture; to be Sefroui is to embrace one’s traditions and customs, wear modest clothing, possess a hospitable and straightforward character, and be proud of Sefrou’s history.